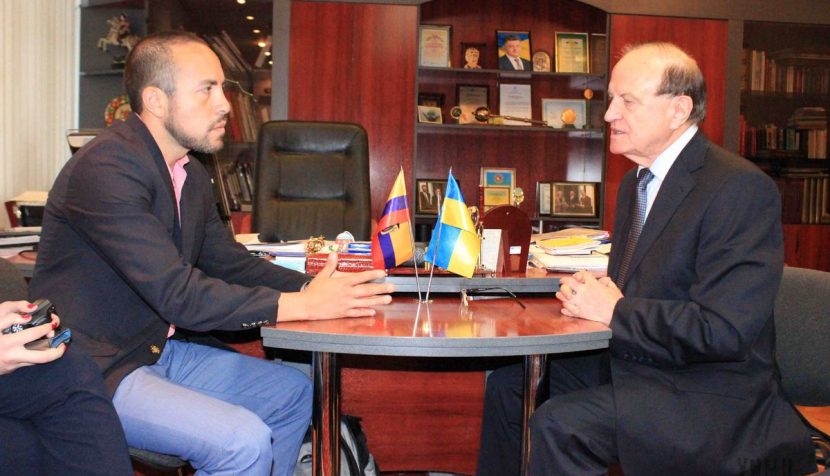 For the past 90 years, VNMU has trained over 44 thousand doctors and specialists who have gone on to meet the health care needs of the citizens of Ukraine, as well as over 6.5 thousand doctors who have gone on to work in 106 countries of Asia, Africa, Middle East, Latin America and Europe. Our graduates provide medical care, render medical aid to the population of their countries and abroad, work in institutions of higher education, and head many state and private medical establishments.

VNMU is a multiprofile centre that emphasizes training, specialization, improvement of its medical, scientific-pedagogical staff and conduct significant scientific-methodical, experimental work, representing all branches of medicine.

VNMU is known nationally and internationally for its high quality of specialist training, and was rated by the International Personnel Academy ranking of schools of higher education as one of the best institutions in Ukraine in 1995, 1997, and 2000.  For 1997 and 2000, VNMU was determined to be among the best educational medical establishments and was awarded with a special Diploma.

Foreign graduates recommended themselves by the high quality of training at VNMU, which trains them more than 50 years. Today, at the University study almost 1500 foreign citizens from 63 countries (Europe, Asia, Middle East, Africa, Latin America and CIS). Each year the University receives more than 20-25 delegations from embassies, representative offices, foreign firms for scientific cooperation and organization of training of foreign nationals.

Each year 15-20 scientific conferences, congresses and symposia are held at the university, what testify to high prestige of the university, its staff significant contribution to the development of education and science. In 2010, dedicated to the 200th birth anniversary of M.Pirogov held V International Congress «Pirogov’s readings» in the framework of which also was conducted the XXII Congress of Surgeons of Ukraine, within 5 days 2173 delegates from 28 countries took part in the congress. In 2012 university staff was awarded by — «Leader of the national ranking assessment of higher educational institutions in Ukraine» and the Gold Prize «Recognition of the Year — 2012» for the development of international cooperation.

The university has one of the highest among the educational institutions of Ukraine sufficient level of teachers with academic degrees and titles. Every sixth teacher — Doctor of Science, Professor. As of 01.01.2013 the University staff is 1646. The teaching staff consists of — 812 persons, among them 120 doctors of science including 75 professors, 17 academicians, and 5 members-correspondents of Academies of Science, 4 Honoured Workers of Higher School and Education of Ukraine, 559 candidates of science including 283 associate professors, 12 Honoured Physicians of Ukraine ,teachers with no degree — 138. Seven lecturers were given honorary titles of the Honoured Scientist and Technologist of Ukraine, and many of its research workers are laureates of the State Prize of Ukraine and 1 laureate of the State Prize of Belarus.

The University is developing dynamically, over the past 15 years, were organized faculties of dentistry and pharmacy, began training in five new specialties, opened part-time (by correspondence) training in pharmacy, organized  department of internal and family medicine for major faculties and the Faculty of postgraduate training, which operates on the basis of medical institutions in Khmelnitsky. Improving physicians on family medicine is a significant contribution of the university staff to  implementation of modern concept of the system of public health services in Ukraine.

The university has perfect material — technical and methodological bases, were created the following centers — new information technologies, scientific-research, diagnostic, medical psychological advisory center, educational and scientific-industrial complex — institution of rehabilitation of disabled persons, educational-industrial complex — dental clinic. They are equipped with modern facilities, which contributes to a combination of educational process and rendering of medical aid.

We built a new education building where placed four departments and laboratories of research center. At present a modern library with bookdepository for 500,000 books is in the process of construction.

We carry out a program of significant reconstruction of students dormitories on creation in them hotel like rooms. For the nearest future our plans are to open university students polyclinic and drugstore. All these transformations are realized with funds earned by university employees providing educational and other services.

Computer technologies are widely used in the training process and management of the University. Operates 32 computer classrooms, using 4 Internet channels, with free access for students, postgraduate students and teachers.

The university has 12 research schools, priority directions of scientific activity are — maternal and child health, prevention, diagnosis, treatment and rehabilitation of chronic diseases among different population groups, creation, experimental research and introduction of new drugs, devices and appliances. Nearly 1,000 students, members of scientific students society involved in scientific studies. Each year, more than 40 students are winners and prize — winners of inter-university, national subject competitions and students scientific conferences, contribution of university graduates in the development of medical science and higher medical education is very substantial also. The founder of Ukrainian anesthesiology school is professor A.I.Treschynskyy, a lot for the development of neurosurgery in Ukraine did professor Y.A. Zozulya, significant progress in the development of orthopaedics and traumatology reached professors Petro and Vitaliy Fishchenko.

Among our foreign graduates: the head of the military hospital in Panama, Deputy Minister of Health of Angola, trusted doctor of the President of Syria, the head of large cardiology clinic in Chicago. The majority of foreign graduates praiseworthy represent our university in 106 countries.

Our university is rich in traditions, among them:

—  administration’s democracy with students at all levels;

— strict compliance with the statute, regarding educational discipline and behavior in higher schools.

Academician of National Academy of Medical Sciences of Ukraine, Hero of Ukraine