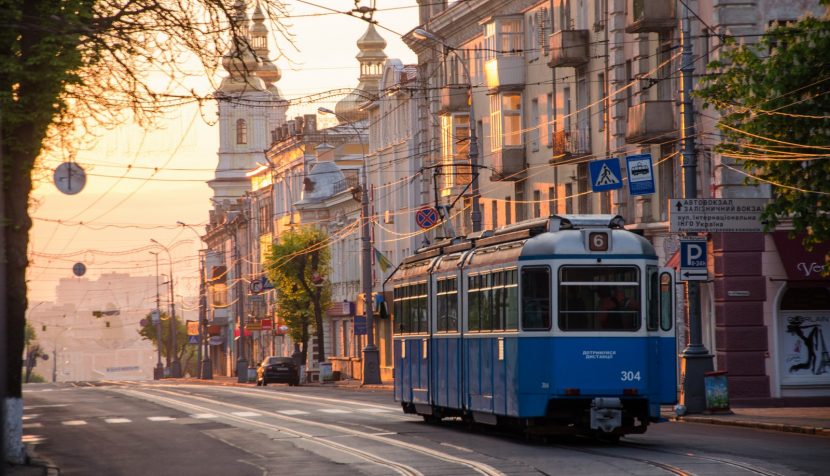 UKRAINE is located in Eastern Europe. It occupies the area of 603,628 km² making it the largest contiguous country on the European continent.  The country is home to a multi-ethnic population. The capital is Kiev.

The state language is Ukrainian. In the eastern and southern regions, communication in Russian predominates; in the western and south-western regions (Eastern Galicia), Polish is widespread; in the north (Polesie) the influence of Belarus is noticeable; in Transcarpathia, Hungarian, Slovak, and Ruthenian play a significant role; Romanian / Moldavian, Bulgarian and Gagauz languages are used in the Chernivtsi region and the southern part of the Odessa region. National languages are actively used in the appropriate environment — Yiddish, Greek, Crimean Tatar, and others.

The climate is temperate continental throughout Ukraine. The degree of continentality increases in the direction from the west and north-west to the east and southeast. As continentality grows, summer becomes hotter, and winter gets colder, and rainfall decreases. For the Carpathians is a typical mountain climate. Summer in the whole of Ukraine is warm and long, in the east and south — hot and dry, in the west — warm and humid. Winter is highly dependent on the region. Mild winter is observed in the south and west, the coldest winters are observed in northeastern Ukraine.

There are international airports in Kiev, Kharkov, Dnieper, Vinnitsa (since 2009 there are no regular flights), Lviv, Odessa and Chernivtsi, Zaporozhye.

Railway transport began to actively develop at the end of the XIX century (the first railway was laid in 1861). As of 2009, the length of railway tracks is 22,300 km — the 7th place in the world. Electric railway 9752 km. A track 1520 mm wide has been adopted as the national standard. The development of the railway network is characterized by the same regional disparities as for the road network. Currently, the state has a monopoly on the provision of passenger rail transport, and all trains, except for those cooperating with other foreign companies on international routes, are operated by «Ukrzaliznytsia».

Water transport, mainly river, provides passenger services on the Dnieper, Danube, Pripyat and their tributaries. Most major cities have river ports. International sea travel is carried out mainly through the port of Odessa, from where ferries regularly sail to Istanbul, Varna, and Haifa.

The national health system has fully experienced the effects of the collapse of the USSR. By the beginning of the 2000s, the government launched a large-scale program to restore and further improve its efficiency, the key element of which is to set up decentralization and transfer the maximum responsibility for the provision of health care to regional authorities. Within the framework of this program, in particular, within the structure of the Ministry of Health, special units responsible for the work in the regions were established, the powers and, accordingly, the financial support of health services operating within the framework of provincial and district administrations were significantly expanded. In particular, hospitals, clinics, and specialized clinics are under the jurisdiction of the provincial and district authorities.

On November 30, 2016, the Government adopted 10 resolutions that laid the foundations for reforming the healthcare system in Ukraine as well as resolving operational issues in the management of the medical sector.  In particular, the following concepts were approved: healthcare financing reform and development of a national health strategy, establishment of hospital districts, approval of licensing conditions for the conduct of economic activities for the production of medicinal products (the decision meant to simplify the process of formation of hospitals budget estimates), as well as 2 resolutions, which additionally allocated more than UAH 867 million from the reserve and through redistribution for the current year.

On April 1, 2017, the Government, together with the Ministry of Health of Ukraine, launched the «Affordable Medicines» program, allocating UAH 500 million to it. Patients will be able to receive medicines from cardiovascular disease, type II diabetes, and bronchial asthma for free or with a small surcharge. By mid-July 2017, 6179 pharmacies had already taken part in the program, and patients received medications for 3.6 million recipes. Since August, the program has been expanded to 41 preparations and allocated an additional UAH 20 million.

Ukrainian culture has developed as a folk culture over long periods of its history. A great place in it was occupied by folklore and folk traditions. This was manifested most vividly in art — folk thoughts, songs, dances, decorative and applied arts. It was thanks to the preservation and continuation of traditions, the roots of which go back to the culture of Kievan Rus, that the rise of Ukrainian culture in the 16th — 17th centuries became possible, and the cultural revival in the 19th century.

At the same time, the negative consequences of this nature of the development of Ukrainian national culture are palpable. For a long time many talented people who were born and raised in Ukraine, then left her, tied their future life and work with Russian, Polish and other cultures. In addition, progress in the natural sciences was less pronounced than in the humanities.

At the same time, the original and ancient education system, which reached its height during the Cossacks and provided almost complete literacy of the population, a long tradition of book writing, focus on the leading centers of Europe, in particular, Byzantine cultural traditions, the role of Western Russia as a center of science and higher education thanks to a developed network of collegia, the Ostrog and Kiev-Mohyla Academy; patronage and state support of culture by a number of prominent statesmen — Konstantin Ostrozhsky, Peter Konashevich-Sagaidachny, Ivan Mazepa, and others — all allowed to raise Ukrainian culture to the world level, to create a number of classical masterpieces in the field of typography, architecture, literature, to achieve significant successes in science.

The well-known researcher of Ukrainian culture, Ivan Ogienko, noted that from the very beginning, openness to the world, the absence of xenophobia and humanism were inherent in Ukrainian culture. Speaking about the humanistic essence of Ukrainian culture, it should be noted that the very system of values of this culture during its active development (XVII-XIX century) was quite specific. The creative heritage of Gregory Skovoroda, Feofan Prokopovich, Panteleimon Kulish, Taras Shevchenko gives rich material for such a conclusion. In their philosophical writings, they resolved the question of the nature and conditions of human happiness, the meaning of human existence.

The early forms of scenic art go back to the theatrical performances of folk holidays and religious ceremonies. At least since the XV century, there is a ballet and a nativity scene.

The first films were filmed in Ukraine in the 1920s.

In 2007, for the support and development of the best examples of classical modern poetry, as well as the revival of the best traditions of authorial artistic and documentary films of Ukraine, the Prize Festival was created and established at the Chestnut House festival. Andrew and Arseny Tarkovsky.

The spread of European sports among Ukrainians began at the beginning of the 20th century. The authorities of independent Ukraine, as a rule, attached great importance to the development and popularization of sports, implementing relevant state programs, in particular, through the structures of the Ministry of Youth and Sports.

By the 21st century, almost all summer sports — both male and female — have spread to one degree or another in the country. At the 2012 Summer Olympics, the Ukrainian team won 6 gold, 5 silver and 9 bronze medals.

In 2016, the Beach Soccer Team of Ukraine won the annual European Beach Soccer Championship, beating Portugal 2-1 in the finals.

In 2009, the Ukrainian Junior Football Team (under 19) beat England 2: 0 in the final at the European home championship, thus winning the European Cup for the first time.

The most popular disciplines among the population include football, martial arts, motorsports, and chess. Mariya Muzychuk — is a Ukrainian chess grandmaster and Women’s World Chess Champion,  is also a twice women’s champion of Ukraine (2012, 2013), World Team and European Team champion with Ukraine in 2013 and bronze medal winner of the 2012 and 2014 Chess Olympiad with Ukraine.

The largest stadium is the Kiev Olimpiysky (multifunctional, for 70 thousand spectators). The Donbass Arena Donetsk was the second largest (football, for 50 thousand spectators), but during the armed conflict it was seriously damaged and there are no competitions on it.